Yes, Chick fil A Mac and Cheese is now being served as a side item. Want some creamy macaroni and cheese at home? Try this copycat recipe for this new side item at Chick fil A. 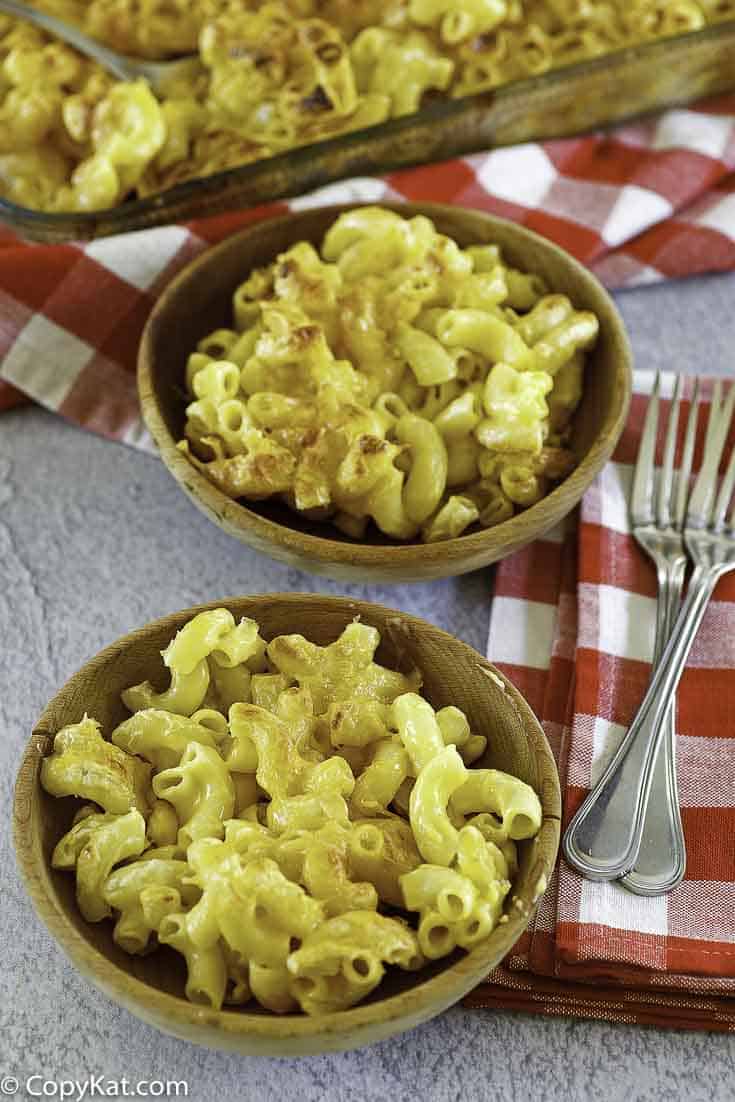 You might wonder to yourself, can a fast-food restaurant make a tasty macaroni and cheese? I am here to tell you, yes they can. 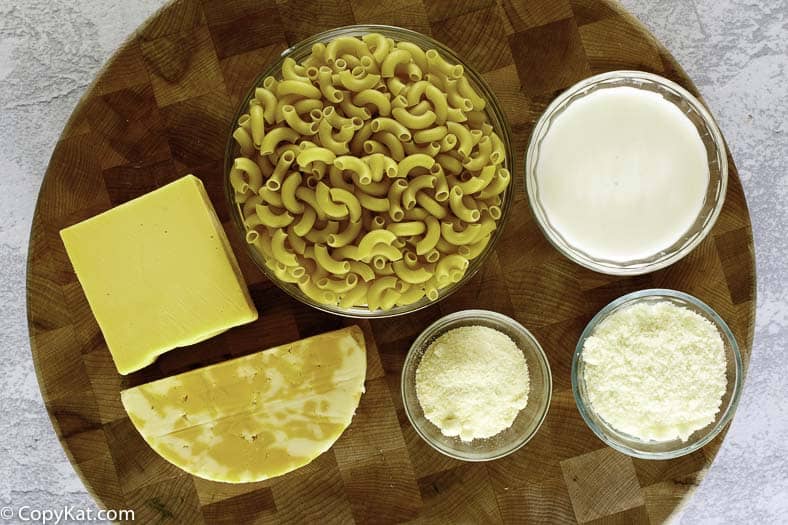 Ingredients you will need to make creamy mac and cheese

Why should you use American cheese in macaroni and cheese

American cheese melts beautifully, it doesn’t get stringy, and oils do not separate out of the cheese. American cheese is a good base for mac and cheese, you can always add additional cheese for more flavor. In this has additional favors of Parmesan and Romano cheeses are added to really bring out the flavor. Both

The CopyKat Analysis of this recipe

I don’t believe this is made with a dry mix or powder, because the flavor is too good. I believe their special cheddar blend comes in the form of American cheese because of the mouthfeel, but the flavor is not straight-up American cheese, it is more sophisticated. Romano and Parmesan can cut through American cheese to give you a better flavor, and a more interesting texture. I topped my version with Colby Jack cheese. The Monterey Jack melts wonderfully, and it browns up a bit.

I don’t believe this recipe is made from a rue, as it is very creamy. It’s creamy like when you melt together American cheese and heavy cream. Again, the pasta is in the sauce that is very much like the Children’s version of the Outback Steakhouse Mac A Roo. What’s the difference? This tastes better.

Can’t get to a Chick-fil-A? Make it at home!

Why is it we all crave those chicken sandwiches and waffle fries on a Sunday? I have no idea. Now they had to add one of everyone’s favorite comfort foods to their menu. Now ordering is going to be more difficult, because Chick-fil-A mac and cheese is tasty. So if the lines are too long, or you just gotta try it, you can make my copycat recipe for their cheesy pasta! 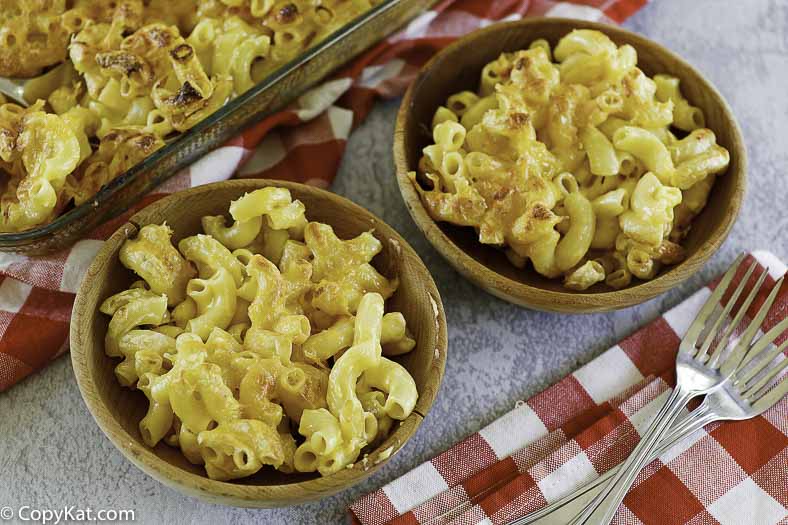 Can’t get enough Chick fil A? Try some of these recipes 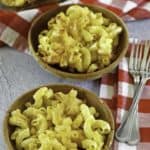 Make creamy mac & cheese just like Chick-fil-A does at home!

The post Chick fil A Mac and Cheese appeared first on CopyKat Recipes.

You can make Macaroni and Cheese in a pressure cooker. I will show you how you can make flavorful macaroni and cheese in your Instant Pot. I love my Instant Pot, if you are unfamiliar [Read More]

I’m not sure why I love cooking with beer so much when I don’t like to drink beer at all. Escandalo! A food blogger that doesn’t like beer! Yes, it’s true; I’m just not a [Read More]

We respect your privacy and take protecting it seriously